All work by this artist
Kate Wyatt 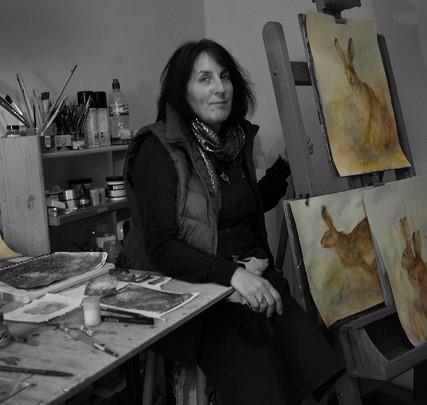 Born and raised in Somerset, Kate Wyatt spent her formative years surrounded by the English countryside at its most magnificent. She inherited from her father a deep affection for the wildlife hidden amongst the hills, fields and rivers of her home county, which she frequently chooses to depict in her work.

Having studied Art at Bournemouth and Poole College of Art, Wyatt now spends much of her time quite literally ;out in the field, believing direct observation to be the most effective means of truly capturing the spirit of her subjects. During her time as an artist she has developed a friendly rapport with the local farmers and landowners, allowing her the freedom to observe the animals in their natural habitats Undeterred by the elements, Wyatt reveals many of my watercolour studies show evidence of inclement weather but I feel more alive outside.

Kate Wyatt is extremely prolific in her endeavours and as result is now widely regarded as the UKs most successful wildlife artist. In recent years she has exhibited in locations including the Mall galleries, where princess Michael of Kent commented on the beauty of her work. Her paintings are admired by private collectors nationwide, and have featured in Country Living magazine amongst many other esteemed publications.